Valentine's Savings 20% off your entire order with code SWEETHEART

See our spikes in action.

Icespike will not damage the sole of your shoes or boots!

Installing ICESPIKE on your new or gently worn favorite rubber-soled footwear creates non-slip shoes and non-slip boots! There is no better ice traction device than the Original ICESPIKE - it is equally effective on ice, snow, mud, rocks, loose gravel or any rugged, slick terrain in any season. ICESPIKE transitions with ease and can even be worn on dry pavement!

ICESPIKE is a traction system of 32 spikes and an installation tool which is used to apply the spikes directly to the sole of a shoe or boot. The ice spikes are specifically engineered of cold-rolled, tool quality steel to maintain hardness and integrity of grip ten times longer than any other system of ice cleats or snow cleats. The unique patented design of the spikes provides unsurpassed surface penetration and stability, and the spikes are self-cleaning. The locking design of the screw keeps them firmly in place, yet the fine thread allows removal with no visible trace.

ICESPIKE ice grippers make it simple and easy to turn your footwear into winter running shoes, shoes for winter walking and winter hiking, winter trail running shoes and winter work boots. Get traction on ice, traction in snow, and stability on any treacherous surface!

Mark spike position with magic marker or liquid white out.

Start about 1 1/2" back from the toe and 3/8" from outer edge. Try to space the front 6 spikes equally along the sole of the shoe (3 on each side). The heel spikes will be closer together because there are 6 spikes in a smaller area (again 3 on each side). The placement does not have to be perfect.

Do not place any spikes in the arch area. Spikes placed in the arch of the shoe do not help a great deal with the traction.

Note: Fewer spikes may be adequate for small adults' or children's shoes.

There are two ways of installing the spikes - either with the ICESPIKE tool included with your Deluxe package or a variable speed drill.

Hold your shoe on a flat surface such as a workbench, table or floor.

Using the ICESPIKE tool: Tap each of the markings with a sharp tool such as an awl, ice pick, skewer or push pin to break the rubber, allowing you to screw in the spikes. Place a spike in the tool, using a little pressure to start the spike. As soon as the spike grabs the rubber of the sole, it is easily screwed down.

Using a variable speed drill: Attach a 1/4" hex head socket to the drill. Place a spike in the socket, and hold the drill firmly at each marked spot. Start slowly and drill the spike into position, being careful to tighten only until spikes are snug against the sole.
Do not over-tighten!

The patented washers that are a part of the spike will not let it slip out of place or allow it to come unscrewed, unless you choose to remove it with the tool or drill. If a spike in one position shows more wear than the others, it is easily removed and a new one installed close to the original position.

Note: For extra-heavy duty use, a dab of super glue or epoxy will help anchor the spike, yet is also easy to remove, popping off when screw is loosened for removal.

ICESPIKE is an Economical, One-Size-Fits-All traction system with superior traction and durability that is easy to install. One set of ICESPIKE can last up to 500 miles of wear! 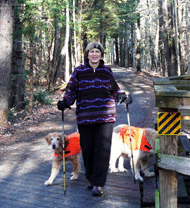 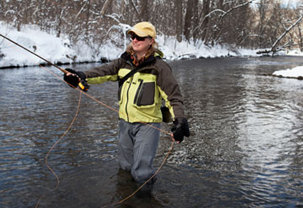 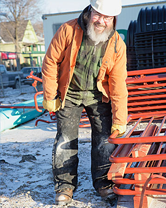 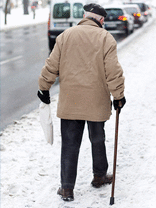 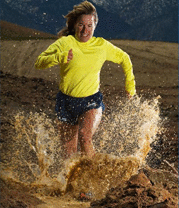 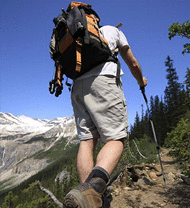 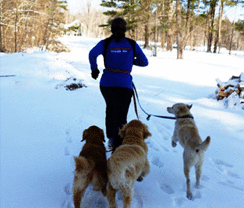 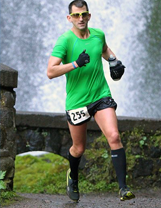 - Tim, Professional Photographer and Graphic Designer
Subscribe to our newsletter to get the latest updates from Icespike!
Chantal Demers installs Icespike